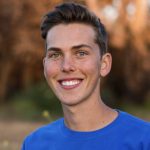 Guest blogger, Carsten Pran, is a Robertson Scholar with dual-enrollment at Duke University and University of North Carolina at Chapel Hill. He is pursuing a major he designed called “Integrative Water Studies”, which combines multiple fields of study to better understand global water justice and equity. In 2016, he traveled to Trojes, Honduras with PWW to install sanitation projects that he and his high school club helped fundraise for.

I have been interested in the topic of water since a devastating megadrought swept over my hometown in Southern California. I watched the once grassy hills that surround my town turn yellow and brittle, providing the perfect fuel for raging wildfires that demolished several houses and rendered countless acres of land to ash.

I remember the mandatory water rationing, the wildfire evacuations, and the host of water-sparing behaviors that have stuck with me even as I’ve moved to college in  rainy North Carolina. As shocking as these experiences were, we were never forced to worry about the availability or quality of our drinking water during the drought. If we had to cut down on watering our lawns, so be it. Clean drinking water was always a faucet away. 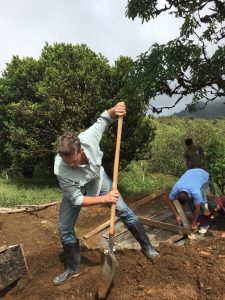 In rural Honduras, I was presented with a different story. Water wasn’t scarce — our volunteer group was graced with several heavy showers as we travelled across the muddy slopes — but a lack of infrastructure made the existing water either very difficult to retrieve or dangerous to consume. The same issue of getting pure water to the people who needed it had completely changed dimensions. I had always believed something as crucial  as potable water was a human right, but I quickly realized that even this most basic ingredient to survival was not simply a ‘given’.

I left Honduras feeling fulfilled by helping to provide much-needed sanitation systems and by forging relationships with other volunteers from across the world. The passion that this trip inflamed, however, never departed. I began to think more critically about where my water came from, how it got to my faucets and the processes that made it safe for me to use and consume.

Everywhere I looked, there was a glimpse of water’s undercurrent. It showed itself in discussions of race and environmental justice, it popped up in state and local policies and manifested in articles about Flint, Michigan and Porterville, California. The fight for water justice and universal water access never ended, or truly even began, in SoCal or Honduras. The battle was playing out in nearly every community– it was just better hidden, for one reason or another, in certain places.

Since working with PWW, I’ve been chasing a better understanding of how communities can meet increasing demands for drinking water with, in many circumstances, a thinning supply. Climate change plays an undeniable role in water distribution globally, causing severe flooding in some areas and intense droughts in others. As water availability and quality becomes more variable in the future, I believe water supplies will quickly become a geopolitical force akin to oil, causing conflicts across borders and shaping entire societies.

I am grateful for the experiences that have forced me to grapple with water as something I’ve taken greatly for granted. I hope to spread this general water awareness and empower other young leaders from any field, background or interest to think critically about water.