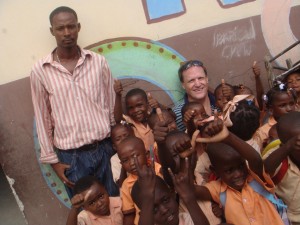 Earlier this month, we learned that a beloved PWW family member and former PWW Board President, Randy Thompson, was battling an aggressive form of brain cancer. On October 5th, Randy passed away peacefully, surrounded by his family. We extend our heartfelt condolences to Randy’s wife, children, and grandchildren.

For those who didn’t have the good fortune of knowing Randy, he was a truly remarkable human who possessed a kind and generous heart, with a deep commitment to making the world a better place. Randy had a special passion for helping the people of Haiti gain reliable access to safe, clean water.

Randy first became involved with Pure Water for the World in 2009, representing his Rotary Club (Rotary Club of Willowbrook, Houston, TX), on a volunteer trip to Haiti. He traveled with PWW to Haiti, again, to help after the 2010 earthquake, joining PWW’s Board of Directors later that year. 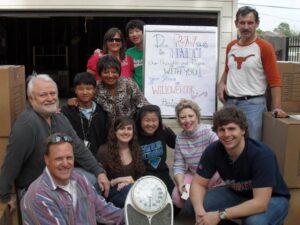 “One of my first memories of Randy was how he brought his community together to collect funds and hygiene kits for PWW to distribute after the Haiti earthquake. I think this photo of Randy and fellow Rotarians was one of the first to be posted on PWW’s Facebook page,” shares Jamin Gelder, Deputy Director, PWW.

“Randy’s dedication to Haiti and safe water did not stop there. He was key in PWW’s efforts in Haiti. Randy was there when the families of Bouda Chita came to PWW with a small amount of money and a watermelon, asking if it was enough for PWW to bring safe water to their community. Randy became a champion for the families of Bouda Chita and was instrumental in gathering support from his local Methodist church and Houston Rotary Clubs. He impacted thousands of families in the community.”

Here is a blog that exemplifies Randy’s ability to connect with the people of Haiti:

“We All Stood and Cheered”

Randy took inspiration in helping the Haitian people from the profound gratitude expressed by families he met who had experienced the life-changing effects of safe water solutions. His personal experiences strengthened his resolve to ensure more children and families gained access to clean water.

In the fall of 2014, Randy was a finalist for the Global Community Impact Award, a result of his extensive volunteer and fundraising work for clean water. With PWW, he raised money to support safe water solutions for entire villages in Haiti.

In 2015, Randy stepped into the role of PWW’s Board President. 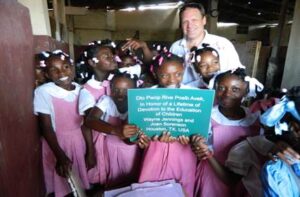 “I find it unacceptable that, in this day and age, children are dying of waterborne diseases.” – Randy Thompson, 2016

A financial advisor, Randy was keenly interested in how safe water projects would benefit the economic situation. He authored a three part series on the economics of clean water, linking the impact of safe water with lifting families out of poverty. Those blogs can be found here:

PWW is a better organization today, thanks to Randy’s years of leadership and support. We will be dedicating a project in Haiti to Randy, to honor him and continue his legacy of making a lasting difference in the lives of the Haitian people. 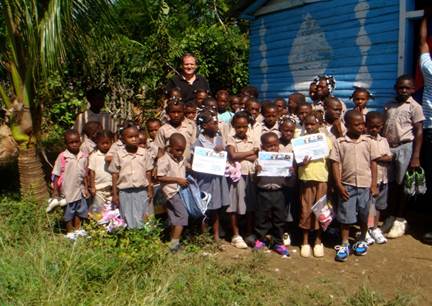 Randy’s Celebration of Life was held Monday, October 17th. During this service, we learned that Randy traveled to Haiti  an incredible 23 times! If you would like to watch a recording of his memorial, click here.